I have been playing flute, piccolo and musical saw in the orchestra pit at many “Theatre Under The Stars” productions. It takes place in the summer time outdoors at Malkin Bowl, in Vancouver’s beautiful Stanley Park.  When you are in the orchestra pit at an outdoor musical theatre production in the middle of a forest there are so many unexpected things that happen, I decided to keep a story journal ~

Thank you for tuning into yet another night in the pit.
Tonight we bring you this episode…….and another on location picture……..

It is the 10th night tonight and the Aug 1st long weekend. Yet again
we have great weather (half light cloud and half sky) and it looks
like we have a nice house tonight too…Yay! Why am I surprised?
because in this city everyone takes off for long weekends, making
this city feel a bit like a ghost town.  It also looks like our birds
have completely vanished, gone without a trace, and I have a feeling
will not be returning until maybe next year? or maybe not as we don’t
know the reason for their disappearance.

Tonight’s show feels like it has finally gelled or come together after
a lot of work, and rework. Now it feels ready to perform for an
audience….lol……oops shhhhh you didn’t hear me say that.

There is a piece in this show called ” C’est Magnifique” where I play
on the baritone saw, or lower voiced saw for those of you who are
reading this going “the whaaa? saw??? I’m sorry I didn’t quite catch
that” when the piece is over I have only a few seconds to half put,
half throw my saw and bow in my lap without cutting myself (and
believe me I have cut myself before!) readjust the mic, pick up my
flute and play trying not to sound like I just went through all of
that. Gasp! Lol! this transition is doable but just barely. If this
transition was any tighter I would have to have someone sit beside me
so I could play saw in their lap (boy wouldn’t that be quite the
sight!), then leave the saw in their lap so I could readjust the mic,
then pick up my flute and play trying to make it sound as if all I
had been doing was sitting in the pit counting bars until it was my
cue to come in. 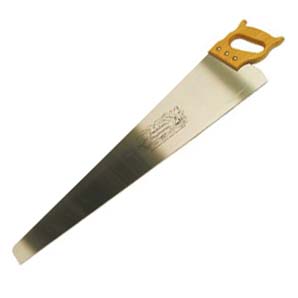 Wow the audience really sounds like they are having quite a party out
there, which means that since we’re their only form of entertainment,
they must be enjoying the show.

I may or may not have said this in a previous write-up but in any
case I would comment more on the acting but that’s a tad bit tricky
because the acting is happening above me thus I can’t see it. To
solve this slight problem for the pit, there was some discussion
awhile ago about getting visual monitors, but that was quickly vetoed
as we realized the potential to miss our cues was too high. No
Really??? Lol!!! Can you imagine going to a musical where you didn’t
end up hearing the music at all because the orchestra had gotten so
engrossed in watching the visual monitors they kept missing their
cues?? Boy that would be something! Ha! Ha! It would be called an
Unmusical………..Lol!

In the first half of this show there is a piece or number where one
of the women singers sings a song that has to go rather fast and is
quite wordy (it’s sung almost as fast as an auctioneer talks) The
song goes something like this “………I hope he isn’t
impotent……” but in the heat of the moment the singer suddenly
second guessed what she was going to say, thus what she ended up
singing went something like this ‘……….I hope the president
isn’t impotent………” That put my sister, who is conducting, and
the pit into hysterical laughter. During intermission everyone, cast
and orchestra were just killing themselves over that one. Now I may
have said this before, but there is nothing quite like live theatre
because in the heat of the moment some pretty outrageous things can
happen……….and if you think about it thank god those things do
happen, because they help keep the show fresh and exciting.

Once again thank you for tuning into tonights episode of ‘Another
night in the pit” As I always say………you guessed it, tune in in
48 hours for our next episode to find out what more could possibly
happen next???  Curious???? I certainly am and I know this production
inside out, guess we better stay tuned to find out…….

Thank you for tuning into yet another night in the pit.

Tonight we bring you this episode…….plus more on location shots……..

It is the 13th night tonight, we have yet another crystal clear blue
sky evening to perform under, and it is the grand finale fireworks
night!

Since the run began, and because the show takes place in a park, we
have been on an animal alert, plus a no smoking ban as the park we’re
performing in, Stanley Park, is very dry right now, posing as a fire
hazard.

Tonight we have a small house, but like who is going to go to a
paying show when they can see the fireworks for free, let alone see a
fireworks show that happens to be the worlds largest fireworks
competition???

I ended up getting to the theatre a little early tonight and saw the
actors busy getting their makeup put on, then their wireless mics,
then their costumes, all the while talking and singing to themselves,
to me, and to each other about anything that came to mind, literally.
I find this almost more interesting than seeing the end product on
stage, I guess because it’s not scripted so one can’t predict what
will happen next or who will say what next, which makes for a lot of
very funny and sometimes outrageous conversations…lol! sometimes I
wish I had a camcorder on me so I could catch some of these moments
to pass around.

The more shows we do, the more lines the pit has memorized. The more
lines the pit has memorized means  more and more musicians are
bringing books to read in between numbers. Plus the bass clarinet
player who sits beside me has taken to sewing a present for her
sister. I asked them if I could put an order in, they grinned and
said they are just doing this because it’s their sisters birthday
soon. They couldn’t think of what to buy them so they’re making them
something instead.

The clarinet player on the BOOOOOM! whoa what was that??? It wasn’t
the fireworks or the testers because it’s way too early for that. The
clarinet player and I look at each other in wonderment. The bass
clarinet player beside me leans over to tell me it’s the
BUZZZZZZZZ!!! now what would that be?? oh yes, that was the you know,
and it was right on cue too. Anyway as I was trying to say, the bass
clarinet player just informed me that the boom sound was the 9
o’clock gun going off, which means there must be a light breeze out
there blowing in our direction, since we can’t normally hear that
sound due to the direction the theatre faces.

BANG!! BANG!! BANG!! BOOOOM!!!! oh it must be 10pm because it sounds
like the grand finale fireworks have begun. BANG!!! BOOOOOOOOM!!
CRACK!!!!!! Wow are they loud tonight. The Booming, Banging,
Cracking, and Crashing sounds are ricocheting off of anything they
can…..BANG! Small planes are flying around in circles trying to get
a good seat or spot in the air……BOOOOMMM!!!!! The fireworks are
in full force tonight, and they go amazingly well with this part of
the show too. Too bad we can’t add them in for the rest of the
CRACK!!……BOOOOM!!..run. Then suddenly the air is filled with wall
to wall crashing, banging and booming for a good few
minutes………then there’s total silence………..as if it never
happened.
The fireworks are over until next year.

There are four nights to this fireworks competition, with the first
three nights being allotted to three different competitors, as in
each competitor gets a night to show their stuff. This years
competitors were Canada on the first night, Sweden on the second
night, and China on the third night. After the third night, the
competitors are informed who the winner is, and whoever the winner
is, gets to go last in the grand finale so they can go all out and
perform their stuff. On the fourth night, being tonight as well as
the grand finale night, each country gets 10 minutes each to perform
their display, and then it’s over until next summer. And the winner
of this year’s fireworks competition is……………Sweden!
Personally I thought China should have won but oh well.

After tonights show was over my sister gave me and a few others a
ride home, including the actor who plays the model in Can Can. My
sister and the actor who plays the model were telling us tonight that
there is a scene where Boris is trying to paint her (not literally),
but can’t because she is talking continually. He finally tells her to
“Shut up and take your clothes off!” Now normally after this she
whips her head around to talk back at him, but tonight LOL!!!!  as
she whipped her head around to talk back at him,  her wig goes flying
off her head and lands on the floor. Not realizing it was her wig
that flew off her head, as soon as she sees it on the floor, she
screamed “AHHHHHHHHHHHH” (hear this as a very very high pitch scream)
while wondering to herself “where did that come from??” To make this
moment even weirder, upon quickly glancing around, it appeared that
everyone, including herself, so she thought, had their wigs on. Oh
boy was that funny! My sister saw the whole thing happen and almost
fell off her conducting chair.

Once again thank you for tuning into tonights episode of ‘Another
night in the pit”  Tune in in 48 hours for our next episode to find
out if anything else can possibly happen? if you’re curious? then
stay tuned to find out…….