Reunited with a long time friend on December 14 2017 for a super fun lunch time Christmas gig. 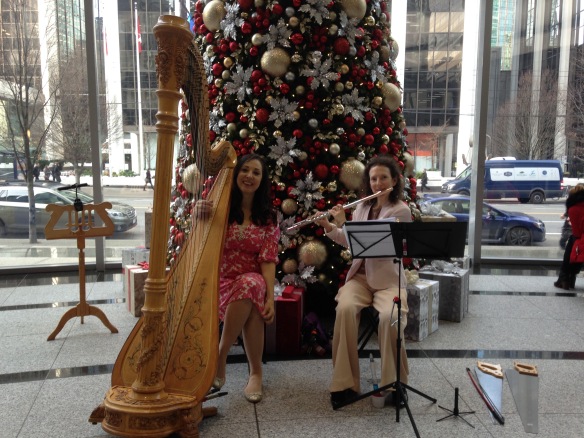 The musicians donate their time and talent, so all proceeds go to the Downtown Eastside Women’s Centre and the YWCA. 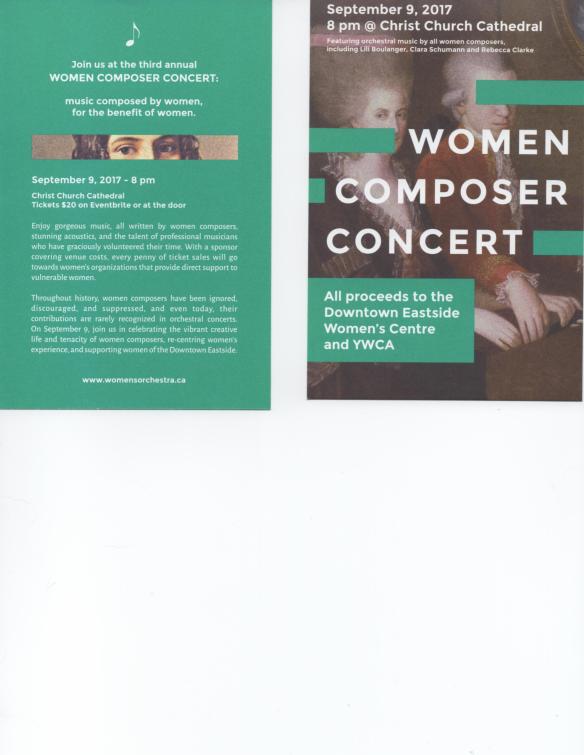 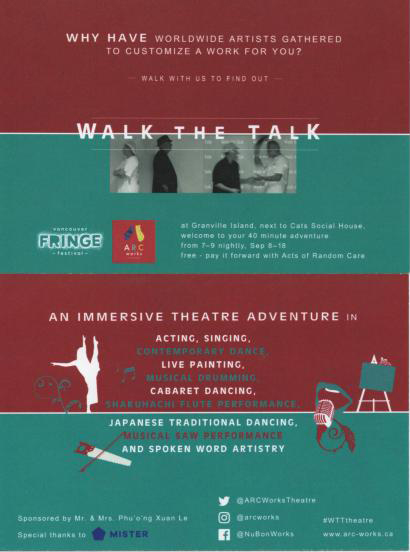 So happy to announce the second annual Benefit Orchestral Concert for the Downtown Eastside Women’s Centre, on Saturday Sept. 10, 2016. 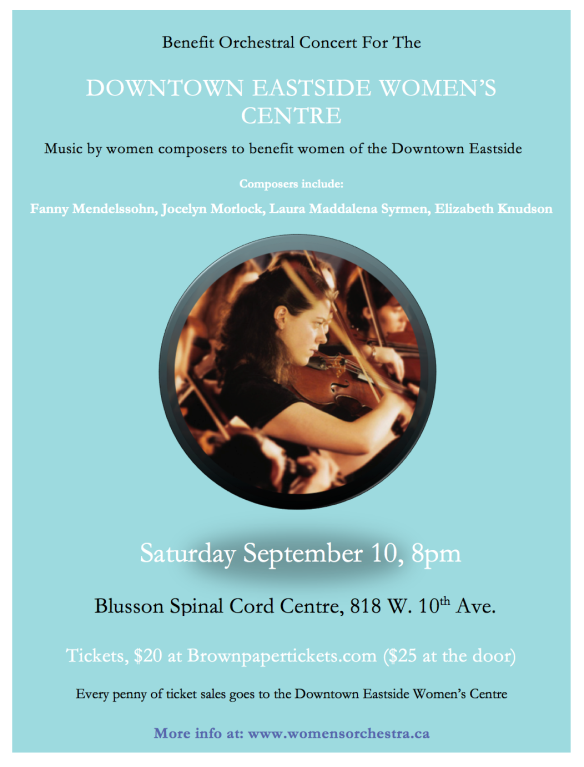 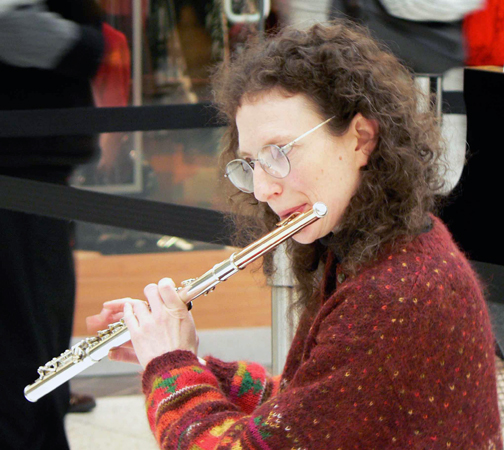 Playing a flute solo at a shopping mall Christmas Show 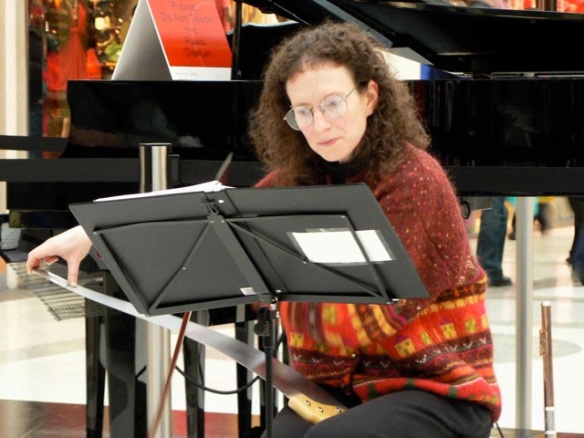 Playing a saw solo at a shopping mall Christmas Show 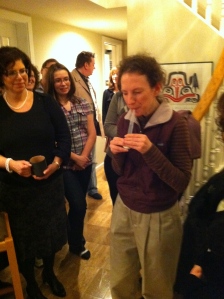 Playing ‘Greensleeves’ on a mini turkey baster at a house concert. 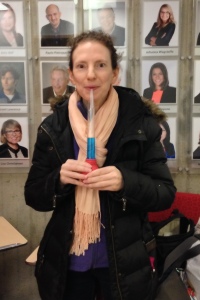 And on November 12 2014 –  we were invited to do a CBC TV interview continuing Sesame Streets’ birthday celebration.

Host Gloria Macarenko celebrates 45 years of Sesame Street with a musical interview with two women who were part of the Canadian version of the program in the 1990’s. Carla Hallett and Andrea Minden make instruments out of kitchen utensils and other household objects.

An orchestra put together to create a fundraiser for the downtown eastside women’s centre. To our wonderful surprise we raised $6000.00! And the orchestra received a surprise standing ovation. What a wonderful night that was. 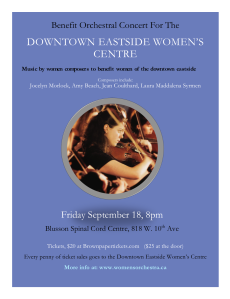 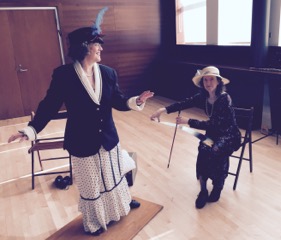 Playing the Musical Saw at a fundraiser wearing 1940’s attire.